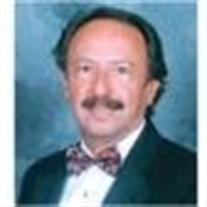 Bill Locker passed away peacefully in his home on Saturday, November 11, 2017, in Santa Barbara California surrounded by his family. Born Vili Segal, September 11, 1939 (10 days after the start ofWW2) in Bucharest, Romania, to Yancu Segal and Erna Kitaru. Bill and his mother remained in Bucharest until June of 1946, managing to survive the raging war in Europe. His maternal grandparents were there, as well as Uncle Herman and Aunt Coca, brother and sister of Erna. Shortly after Bill's first year in a public school, he and his mother left Bucharest and made their way west. The journey was dangerous and difficult for a young mother and 7-year-old child. They spent a few weeks in Budapest, Hungary and from there they traveled to Vienna, Austria for a short time. From Vienna they took a 200 mile train ride to Feldafeng, Germany and were taken to a special camp for displaced persons - thanks to the American Red Cross. Bill's father had migrated to Israel. Bill's mother met Jacob (Jack) MLockier in the displaced person's camp, where they were married in March 1949, and Bill took the sir name of MLockier. They immigrated to America on the General S D Sturgis and arrived on October 1, 1949 to the Port of New York. The family settled in Pittsburg, PA in 1949 with the help of the Jewish Federation. After 4 years, work opportunity brought the family to Los Angeles; Bill was 14 years old. Bill graduated from Fairfax High School in 1957 and went on to serve in the United States Army stationed in Fort Polk, Louisiana serving as the Chaplin's Assistant. After military service Bill returned to Los Angeles. On August 20, 1965 he became a naturalized citizen and changed his sir name to Locker. Around this time, he met and married his first wife, Kathi Rosen - the mother of his two children. He went on to work for Glen Glenn Sound Studios in Los Angeles, CA for five years. This became his passion, and he later went on to attend Columbia College and graduated in 1968 with a Bachelor's Degree in Film, months after his Honorable Discharge from the military. In 1972 Bill started his own company, Magnatronics Sound Services, acting as President and CEO, and created a successful studio in Hollywood, CA. Following the dissolution of his marriage to Kathi, Bill moved to Santa Barbara where he bought land in Hope Ranch and built his dream house, which he moved into in 1987. Five years later, on January 11 th, 1992, he met his second wife, Thelma "TJ" Leggett at a Santa Barbara Symphony concert at the Arlington Theater; they were married 11 months later on November 7, 1992 in the home that Bill had built. Bill enjoyed tennis, watching films, and traveling the world with his wife TJ. He is described as a fun-loving man who enjoyed spending time with family and friends. He was joyfully surprised in March of 2004 when his cousin Ilana Reytan from Israel, that he had 2004 to meet a large number of relatives in Israel he had not met. This gave Bill, and his family much happiness, especially due to the reuniting of him and his half-brother, Florentine. Bill is survived by his wife Thelma (TJ) Locker of 25 years, children Lisa Locker, Brett Locker (Stephanie), former wife Kathi Rosen, grandchildren: Justin Atlan, Levi and Lottie Locker. Step-daughters; Elisa (Mark) Steffan and Pamela Wade. Siblings: Sheri Peppers, Marilyn (George) Phillips, Michael Locker, step-brother Nathan "Nate" Locker, and half-brother, Florentine (Flori) Segal. Other surviving family members include nieces; Monica Guy, Tracy Klauder, and Sydney Locker, Amanda Kaufman, Tammy Templeman and nephews; Chris Peppers, Brandon Weeks, Dylan Locker, Kevin Weeks, and Roni Segal. Funeral services will be held Thursday, November 16 at 10:30 AM at Welch-Ryce-Haider Funeral Chapels downtown location. Interment will follow at Santa Barbara Cemetery. Donations in Bill's memory may be made to The Parkinson's Association of Santa Barbara, Santa Barbara Hospice, The Jewish Federation of Greater Santa Barbara, or the Santa Barbara Symphony.

Bill Locker passed away peacefully in his home on Saturday, November 11, 2017, in Santa Barbara California surrounded by his family. Born Vili Segal, September 11, 1939 (10 days after the start ofWW2) in Bucharest, Romania, to Yancu Segal and... View Obituary & Service Information

The family of Bill Locker created this Life Tributes page to make it easy to share your memories.

Bill Locker passed away peacefully in his home on Saturday, November...