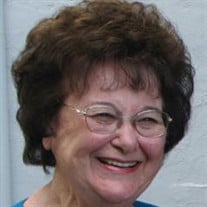 CATHERINE EMMA FRUSTERE It is a fine line to walk between down-to-earth humor and dignified discretion, but Catherine Frustere danced that line with ease. She lived somewhere between finely tailored suits during the work week and denim pants and an apron on the weekend. Her ability to remind her bosses of upcoming family birthdays, anniversaries, and graduations was the legendary mark of a professional who protected the dignity of her boss at work and tactfully reminded them of obligations at home. She was sometimes asked to make the appropriate personal gift purchases to celebrate those events, and she did so happily. She was the “concierge of executive assistants”. She began as an executive secretary for James Dominic Jordano at the age of 17, to cover for her sister, Norma, during Norma’s first pregnancy. She did not stop working until she was 79 years-old, ending her career at Sansum Clinic. Catherine was born at St. Francis Hospital in 1933. She was a later-in-life surprise for her mother and father, Madeline and Candido Caudera, and joined with her adoring older siblings, Charles and Norma. She first married Clyde Hendricks in 1961 and was divorced in 1978. After the divorce, she reconnected with one of her earliest suitors and subsequently married Henry Frustere in 1981 to the delight of her family. The most important things to Catherine were family, birthday parties, sneaking treats to dogs and cats, baking treats for her personal physicians and dentists and for her co-workers, and eating dark chocolate. We remember her punctuality in sending notes of congratulations, birthday cards, and presents, and remember her admonition to cash the check as soon as you get it so her checkbook reconciliation would not be missing an entry! Her steps were quick, her mind was quicker, and she did not suffer fools gladly. She was a devoted member of the Old Mission Parish and had a particular fondness for the Monastery of the Poor Clares. Her baked goods and donations often arrived on their doorstep, and her frequent letters were a comforting source of contact for the cloistered sisters. She requested no services and the family asks you to remember her when you write a note to cheer another, bake a tray of yummy cookies, savor a dark chocolate candy, or cash a gift check in a timely manner! Also, you may honor her memory with a donation to the Santa Barbara Humane Society, the Monastery of the Poor Clares of Santa Barbara, or the Ridley-Tree Cancer Center.

CATHERINE EMMA FRUSTERE It is a fine line to walk between down-to-earth humor and dignified discretion, but Catherine Frustere danced that line with ease. She lived somewhere between finely tailored suits during the work week and denim pants... View Obituary & Service Information

The family of Catherine Emma Frustere created this Life Tributes page to make it easy to share your memories.

CATHERINE EMMA FRUSTERE
It is a fine line to walk between down-to-earth...