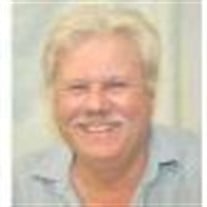 "David" Dwain Bushnell was a young 55 when his Lord called him home on October 14th, 2016, in Portland, Oregon. We know not the date or time of our earthly departure, but it was unexpected that his prostate cancer would return with such a vengeance while on a traveling vacation. David was born on January 15th, 1961 in Gardena, California, to James "Bud" Bushnell and Brenda Lee Meeks. His family moved to Santa Barbara in 1972 and remained there until 2008. David and Rose Murray moved to Santa Maria, California, in 2008 and were married on September 24, 2011 in Las Vegas with their family and friends in attendance. They honeymooned in Hawaii. He graduated from Dos Pueblos High School in 1979. He earned his pilot's license in 1977 at the age of 16 and his Real Estate license in 1979, at 18. He followed in his father's family footsteps of real estate investment. He also followed his dad into the Electrical trade and was a member of the IBEW 413. David enjoyed a wide range of hobbies and activities from hooking rugs and needlepoint to snow skiing, traveling and his favorite, dancing. David began dancing at an early age and continued with Ballroom, Country and Square dancing throughout his life. He passed his love of dance onto his children. His son, Jeremy, describes his dad as his Hero; he was generous, wise and loved to laugh. His daughter, Krystal, agreed and added he was patient, caring, loyal, loving and accepting. He was a father who encouraged them to pursue their dreams. He is survived by his wife of 5 years, Rose Bushnell; his children from a previous marriage to Denise Anthony are his son, Jeremy Bushnell (28) of Riverside and his daughter, Krystal Bushnell (25) of Rancho Cucamonga; his first granddaughter, Cheyenne Ford (6 mos); his sister, Lisa Bushnell (53) of Santa Barbara; as well as two nieces (Lexi and Jessica), three aunts (Carol, Betty and Marilyn), two uncles (Johnny and Chet), three step children Heather Bain (32), Chris Anadon (29) and Cassy Anadon (25) in addition to a multitude of cousins. David is preceded in death by his parents, James "Bud" and Brenda Bushnell of Santa Barbara. A funeral is scheduled for 1pm on Tuesday, October 25, 2016 at the Santa Barbara Community Church at 1002 Cieneguitas Rd, Santa Barbara, CA 93111, with a reception to follow at the church following burial at Goleta Cemetery, 44 S. San Antonio Rd., Santa Barbara, CA 93110. Mr. Jim Nelson will officiate the ceremony. All are welcome to attend and celebrate David's life. In lieu of flowers, please send donations to the Prostate Cancer Foundation at www.PCF.org or mail to 1250 Fourth Street, Santa Monica, CA 90401. The family would like to thank the staff at Providence St. Vincent Medical Center (Portland, OR) for their dedication and care for David.

"David" Dwain Bushnell was a young 55 when his Lord called him home on October 14th, 2016, in Portland, Oregon. We know not the date or time of our earthly departure, but it was unexpected that his prostate cancer would return with such a vengeance... View Obituary & Service Information

The family of David Dwain Bushnell created this Life Tributes page to make it easy to share your memories.

&quot;David&quot; Dwain Bushnell was a young 55 when his Lord called him...