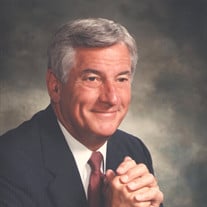 Schneider, Dean Our beloved husband, father, grandfather, great-grandfather and friend passed away peacefully surrounded by his loving family in Montecito, California, on October 5, 2018. Born on August 17, 1929, in Los Angeles, California, Dean was the seventh child of Fred and Agatha Schneider. Throughout his youth, he excelled in sports and music. An incredibly humble man, he would be the last to tell you he turned down a Princeton music scholarship to play sports, a decision that would change his life forever. Instead, he chose to attend the University of Southern California on an athletic scholarship. While there, he played both football and baseball, but he is most recognized for his prowess as the quarterback on the Trojan football team. Dean played football from 1949 to 1951 and led the team as captain in 1951. He was then drafted by the NY Giants football team, but he elected to join the Air Force instead, where he continued to play football. While at USC, a brunette beauty who would become USC’s Helen of Troy caught his eye, and Joan Winter became the love of his life. They were married in 1953. That love endured for 65 years. Dean and Joan raised their three daughters in San Marino, California. The ultimate family man, Dean was a role model for his daughters on how to live and carry yourself through life. He adored his girls. He taught them how to laugh, live in the moment, and, of course, throw a football. But most importantly, he taught them to always be proud of who they are. As they started families of their own, watching his grandchildren grow brought Dean great pride and joy. Dean started his career pursuits in Hollywood with some part-time acting roles. He then transitioned to the family surgical supply business before ultimately moving into the securities business with Smith Barney. His colleagues at Smith Barney became his second family, and he enjoyed a successful business life there until retirement. In between family and work, Dean continued to enjoy music and sports. He played his piano beautifully at home and loved friendly competition playing beach volleyball, racquetball, tennis and golf well into retirement. In fact, he played in a bocce ball tournament just 10 days before he passed. Always a gentleman, Dean had a knack for making people from all walks of life feel good. Everyone wanted to be his friend. He loved humor and enjoyed teasing anyone and everyone. He was humble, yet he touched so many people in so many ways. That was the magic about him. There isn’t anyone who doesn’t smile when mentioning his name. Simply put, he is unforgettable. Dean and Joan built a beautiful life together. It is no secret he was happiest when surrounded by his family, always hand in hand with his beloved wife, Joan, and that is exactly how he was on October 5th. Dean is survived by his wife of 65 years, Joan; his three daughters, Kim Evans, Vicki Hough (Lachlan), Mindy El-Saden (Dhiya); thirteen grandchildren; and four great-grandchildren. The family is very appreciative of the love and care provided by the staff of Casa Dorinda and Hospice of Santa Barbara. A celebration of life will be held on Tuesday, October 16 at 1pm at All Saints by the Sea Church, 83 Eucalyptus Lane, Santa Barbara, CA 93108. In lieu of flowers, memorial contributions are welcomed at Casa Dorinda and Hospice of Santa Barbara.

The family of Dean Schneider created this Life Tributes page to make it easy to share your memories.