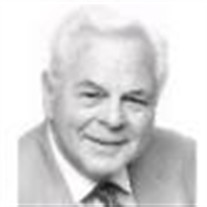 Harris Seed's intellect, drive and persona, along with an extraordinarily wide range of interests, made him a force in many aspects of Santa Barbara life for six decades. He died peacefully at his home in Hope Ranch on Wednesday, July 12, 2017 surrounded by close family, including his beloved wife Annie. He was 89. Throughout his many-faceted career, Harris supported and inspired generations of students, leaders of non-profits, young lawyers and corporate entrepreneurs to participate widely in the life of Santa Barbara or other communities in which they lived. Charitable Activities As President of the Alice Tweed Tuohy Foundation, Harris funded need-based scholarships as well as merit-based scholarships for top Santa Barbara students. He was an early advocate and steadfast supporter for non-profits such as the Scholarship Foundation of Santa Barbara, Girls Inc., the Rehabilitation Institute, and many others. In addition to his leadership of the Tuohy Foundation, he volunteered extensive time for many non-profit organizations, as President or Chairman of SEE International and the national Junior State of America foundation; and as a Director or Trustee of Claremont McKenna College, Goleta Valley Community Hospital, the Foundation Roundtable and the Santa Barbara County Board of Education. He also played an important role in forming the Legal Aid Foundation of Santa Barbara, established to defend the rights of vulnerable citizens. Through his leadership of the Tuohy Foundation, and his own donations, he established Claremont McKenna's Chair in Ethics in Business and Government, believed to be the first endowed chair of its kind in America, and a Claremont McKenna scholarship fund in his and Ann's name. Law and Business Career During his five decades as a leading transaction and tax lawyer, Harris and his partners built two top firms: Schramm, Raddue and Seed, and Seed, Mackall, LLP. At the same time, he was an entrepreneur and leader of various businesses, including Vice Chair and Acting Chair of Flow General, Inc., a New York Stock Exchange listed company; President of its Italian biomedical subsidiary; Co-Managing Director of another subsidiary based in Finland; Chair of East Lawn, Inc. in Sacramento and Bonney-Watson Co. in Seattle; and the founding Chair of La Cumbre Savings Bank. Stories about Harris's forceful negotiating style and business acumen are legion. He was proud to have started his work career at age 12, during the Depression, assisting his father daily at a used car lot. While in college in the 1940s, after his father died, he owned and operated a car paint shop on Haley Street, through which he supported his mother and himself. (An only child, he continued to support his mother, who never remarried, until her death at age 91.) In substantial ways, his later law and business career was shaped by this real-world training. Family With Ann, Harris was equally active in his free time. They traveled throughout the world (often with free tickets from Mileage Plus), and maintained a second home for themselves and their families on the Big Island of Hawaii. Ann and Harris were avid golfers, in Santa Barbara, Hawaii, Scotland, and Australia, and enthusiastic sports fans, which included annual trips to the Rose Bowl in honor of his father. (In 1938, when Harris was 11, his father took him to the Rose Bowl to see Alabama play Cal. They cheered unsuccessfully for Alabama, his father's alma mater.) As proud parents, they enjoyed following the accomplishments of Harris's two children, Harris W. Seed III, a pastor at New Song Community Church in Oceanside, and Nan Verkaik, a local youth coach and former Athletic Director of Santa Barbara High School. Frequent visitors at their long-time home across from La Cumbre Country Club included Ann's two children, Jimmy Gaskin, Santa Barbara based pool contractor, and Marcy Ide, now retired in Santa Cruz. There were lots of grandchildren and great- grand children. Early Life Harris Waller Seed II was born September 15, 1927 in La Ceiba, British Honduras. His father and mother moved to Santa Barbara in 1930, which was his home for the rest of his life. His childhood through age 21 was a constant struggle, including the Great Depression, the early death of his father, the need to provide for his mother, World War II and Army service. Nonetheless, his devoted mother gave him the love and strength to be successful in the face of these national and personal challenges. His later life was informed and defined by the adversities of his childhood, most of which affected every American. He attended Santa Barbara High School, graduating in 1944, and went to college (and played basketball) at what is now UC Santa Barbara, when it was located at the much smaller campus quadrangle in town on the Riviera. (For many decades thereafter he held season tickets for Gaucho basketball games.) After service in the Army, in 1950 he married Nancy Seed, the mother of his two surviving children, Nan and Harris III, and a daughter, Marcia, who died in 1971 at age 17, following a lengthy illness. In 1952, Harris graduated third in his class at UC Berkeley's Boalt Hall School of Law, where he was an Editor of the Law Review and Order of the Coif. He returned to Santa Barbara to practice law and, after his divorce from Nancy, he married Ann P. Seed in 1971. Memorial Reception Harris is survived by his wife Ann Seed; children Harris W. Seed III (Lori), Nan Verkaik (Wim), Marcelene Ide (Thomas) and James Gaskin (Christine); grandchildren Bryan Harris Seed (Alyssa), Amy Bayer (Scott), Josiah Verkaik (Monica) and Michael Ide; and great-grandchildren Adam Harris Seed, Kadyn Seed, Luke Bayer, Arwen Bayer, Luke Verkaik and Stephanie Verkaik. A celebration of Harris' life will be held Thursday, July 20, at 1:00 p.m., at La Cumbre Country Club, where he and Ann spent many delightful afternoons on the course. She asks in lieu of flowers that any remembrance go to the Harris W. Seed II Merit Scholarship Fund at the Scholarship Foundation of Santa Barbara.

Harris Seed's intellect, drive and persona, along with an extraordinarily wide range of interests, made him a force in many aspects of Santa Barbara life for six decades. He died peacefully at his home in Hope Ranch on Wednesday, July 12, 2017... View Obituary & Service Information

The family of Harris Seed created this Life Tributes page to make it easy to share your memories.

Harris Seed&#39;s intellect, drive and persona, along with an extraordinarily...