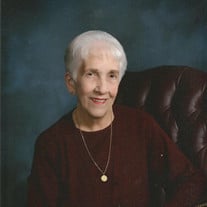 Jacqueline J. Stevens, age 83, beloved mother, grandmother, aunt, and friend, passed away peacefully on Easter Night, April 21, 2019, surrounded by family and after a lengthy illness. Jackie was born in Oakland, California, in 1935, the youngest of two daughters to Theresa and John N. Bigelow. She grew up in Los Angeles, attending St. Paul’s Elementary School, St. Mary’s Academy High School, and Mount Saint Mary’s College, graduating with a Bachelor of Science degree in nursing in 1957. After meeting Ronald C. Stevens on a blind date, the couple married in 1959 and settled briefly in Los Angeles before moving to Santa Barbara in 1962. They centered their family life around their Catholic faith as active members of Saint Raphael, San Roque, and Saint Barbara parishes. Jackie recommitted herself to her love of nursing when her four children reached school age, working as a school nurse at San Roque School and San Marcos High School and later as a member of the staff at the office of Dr. Joseph DiBartolomeo. She also worked for two home-care nursing services in Santa Barbara, Kimberly Quality Care and the Family Service Agency. She kept her nursing credentials active well into her retirement. For the past 16 years she volunteered with the spiritual care department at Cottage Hospital, including weekly visits to the hospital as a Eucharistic Minister for the Santa Barbara Mission. She was also active as a volunteer for many area organizations, including Court Appointed Special Advocates (CASA) of Santa Barbara County. She will be remembered for her deep faith, devotion to family and friends, and her kind, generous spirit. Jackie was predeceased by her husband, Ronald, her sister, Maureen Smith, and her daughter, Peggy Stevens Dionne. She is survived by her three sons and their spouses: John, Jim (Liza), and Matt (Jean); and her four grandchildren: Marshall and Benjamin Stevens; and Maya and Ellie Lin-Stevens. The family would like to thank the many doctors, nurses, and staff members at the Ridley-Tree Cancer Center, Cottage Hospital, and Visiting Nurse & Hospice Care at Serenity House for their dedication and care. Services will be held at the Santa Barbara Mission: Vigil & Rosary at 7 p.m., Thursday, April 25, in the Santa Barbara Mission’s Serra Chapel (entrance through the Porter’s Office), and Funeral Mass in the Santa Barbara Mission at 10 a.m., Friday, April 26. Graveside services to follow funeral at Calvary Cemetery. In lieu of flowers, please make contributions in her name to the Cancer Foundation of Santa Barbara, 300 W. Pueblo, Santa Barbara 93102; and Catholic Charities, 609 E. Haley Street, Santa Barbara 93103.

The family of Jacqueline J. Stevens created this Life Tributes page to make it easy to share your memories.