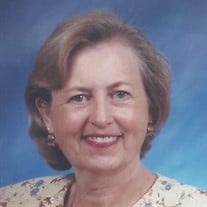 Jane Johnson Huhn died in her home in Santa Barbara at the age of 73. She was born in Alexandria Minnesota - the second child of Cliff and Ruth Johnson. Jane was a fun loving child. Her early friends lived on and around Cedar Street and they would gather in an open field next to the family home and play all kinds of games. Some of these grade school and later high school friends become known as the “Girls of ‘62” – the date of their high school graduation - and remained lifelong friends. The girls often gathered in Alexandria in the summer but also in Seattle, Santa Barbara, and Boise. Jane met her husband Bob in junior high and they were married June 15, 1963. Jane attended Moorhead State University, the University of Minnesota-Minneapolis, and Mankato State University following alongside and in partnership with her husband Bob and his education toward a physical therapy degree. This culminated in his 1968 graduation from the Mayo Clinic School of Physical Therapy in Rochester, Minnesota. The couple was fortunate to move to Santa Barbara for Bob’s first position at Cottage Hospital and become permanent residents. Jane and Bob returned nearly every summer to Alexandria and in 1974 bought a cabin on Lake Darling which they owned for 10 years. It was the source of joy for the family. While in Alex they regularly attended high school reunions of both Jane and Bob who graduated from Alexandria High School one year apart. Jane’s greatest gifts were her gentle spirit, great sense of humor, and love of the Lord, children, grandchildren and friends. She was a natural listener, and reached out to others with laughter and kindness in both word and deed. Jane was a devote Christian and was an active participant in worship and church activities at Christ Lutheran and Trinity Lutheran Churches. Jane is survived by her husband of 54 years Robert Huhn; 3 children - Leigh Melville and her three children Ryann, Pressley, and Braeden; Ross Huhn and his two children Indie and River; and Jay Huhn - wife Donna and their 4 children Madison, Abbey, Troy and Mallory; sister Karen Johnson; brother Robert Johnson - wife Sigrid and their sons Andrew and Peter. A memorial service for Jane will be held on Friday, April 6th at 1 pm at Trinity Lutheran Church in Santa Barbara. In lieu of flowers, the family suggests you consider a donation in Jane’s memory to the Endowment Fund of Trinity Lutheran Church.

Jane Johnson Huhn died in her home in Santa Barbara at the age of 73. She was born in Alexandria Minnesota - the second child of Cliff and Ruth Johnson. Jane was a fun loving child. Her early friends lived on and around Cedar Street and they... View Obituary & Service Information

The family of Jane Johnson Huhn created this Life Tributes page to make it easy to share your memories.

Jane Johnson Huhn died in her home in Santa Barbara at the age...