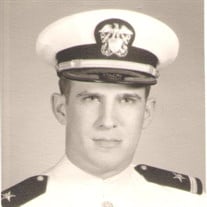 J. Terry Schwartz, beloved husband and father, died in Santa Barbara on June 28, at the age of 74, after a lengthy battle with a debilitating neurodegenerative disease. Terry was an intelligent, honorable, determined and caring man with a fantastic intellect, a passion for learning and discovering, a sense of humor and a dry wit. He was born March 27, 1947, in Washington, DC to June Marie Fulks Schwartz and Joseph Brewer Schwartz. He received his B.A. degree from U.C.S.B in 1968. He married his much-loved wife of 52 years, Sue, in Santa Barbara in 1968. Terry joined the US Navy and their son Scott was born in Newport, Rhode Island. Terry served as a Naval Communications Officer in the Philippines during the Vietnam War. He arranged for Sue and Scott to join him there. After his Naval Service, Terry graduated from the U.C.L.A. School of Law in 1974 and joined the law firm of Price, Postel & Parma in Santa Barbara, where he worked for 43 years, much of that time as head of the litigation department. Terry loved traveling, reading, volunteer work, and spending time with his family. He served for many years on the Boards of the Santa Barbara Zoo and the Cancer Foundation of Santa Barbara, including service as President of both organizations. He also served on the Board of the Santa Barbara Historical Society and was active in community affairs such as the Council on Alcoholism and Drug abuse. Terry was preceded in death by both parents. He is survived by his wife Sue and son Scott. Scott came home for a two-month visit in January, 2020, and remained for the last seventeen months of his Dad's illness. Scott brightened Terry's life with stories, encouragement and treats. Sue was his caregiver for many years and was thankful for every day she had with him. Although Terry's time on this earth has ended, we will always love and remember him. We miss him terribly. He will always have a safe place in our hearts. The family would like to thank Tavo Moreno, Terry's additional caregiver, for his cheerfulness, his help and his caring. Without Tavo, Terry would not have been able to continue living at home. Tavo not only provided physical help, he also lifted Terry's spirits and gave him new things to think about. The family was blessed to have Tavo in our lives. We would also like to thank Sue's sister and brother-in-law, Keith and Linda Massingill, and Terry's friends Rand Shotwell, Terry Connery and Craig and Ellen Parton for their endless support, presence in his life, and caring, and his neurologist, Dr. Philip Delio. At Terry's request, no services will be held. Please honor his memory in your own way. Rest in peace, sweet man.

J. Terry Schwartz, beloved husband and father, died in Santa Barbara on June 28, at the age of 74, after a lengthy battle with a debilitating neurodegenerative disease. Terry was an intelligent, honorable, determined and caring man with a fantastic... View Obituary & Service Information

The family of Joseph Terry Schwartz created this Life Tributes page to make it easy to share your memories.