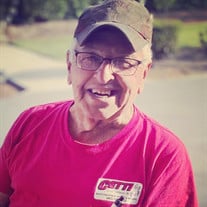 Leonard Cetti, 81, passed away at home on April 22, 2022. He was born to Paul and Georgette Cetti and is survived by his wife Rilla, sister Vonnie, children, Michelle (Mike), Gisele (Joey) and Paul (Kristen). He also leaves 8 grandchildren and 9 great-grandchildren. He met his wife, Rilla, in high school, graduated from S.B.SH.S. in 1958 and was married in 1962 at the Santa Barbara Old Mission. They purchased a new home in Goleta/Winchester Canyon in 1962 and raised their family on Bradford Drive until 2014 when they moved to Orcutt/Santa Maria. Leonard’s career started as an auto mechanic at Allen Jenning’s Valley Motors in old own Goleta (before it was old!). He expanded his career to construction equipment for Batastini Brothers and numerous other contractors. He mentored his son-in-law Mike and son Paul who also followed in his footsteps and became construction mechanics. His passion for quality equipment repair and welding services was realized when he opened Cetti Services Unlimited, Inc in 1994. In 2000, his son Paul joined the business and they moved from the shop in Buellton to a larger shop in Orcutt/Santa Maria. In 2014, Leonard and Rilla relocated to Orcutt to shorten his daily commute. They lived less than a mile from the Santa Maria Dragstrip where the Duster’s Car Club ran their dragster and Leonard was the mechanic. Leonard loved everything with an engine! He (& Rilla) enjoyed boating at Lake Naciemento with the C.C.P.B.A. boat club and their blown flat bottom Schiada. The family expanded to dirt bike riding, Leonard added a street bike, and later a Razer and joined the family desert riding. Leonard and Rilla travelled to Nascar races and to Phoenix to watch boat drags. Leonard was social and met friends everywhere they went and stayed in contact with many, especially Jack from Oklahoma who was the brother he never had. With room to grow, Leonard turned their Orcutt home into a gardner’s dream with raised planter beds, a chicken coop and many fruit trees. Each harvest was larger than the last. He enjoyed sharing “the fruits of our labor” with family and friends and local food organizations, but never with the dreaded gophers! Family was everything to Leonard. He loved having his family crowded around and hosting big BBQ’s. He and Rilla celebrated their 50th wedding anniversary in 2012 houseboating at Lake Shasta with his entire family. He was known as Papa and Great Papa and will forever be in our hearts. A private graveside service was held at Calvary Cemetery in Santa Barbara on May 2nd. A celebration of life is being planned in June. Contact family for information.

Leonard Cetti, 81, passed away at home on April 22, 2022. He was born to Paul and Georgette Cetti and is survived by his wife Rilla, sister Vonnie, children, Michelle (Mike), Gisele (Joey) and Paul (Kristen). He also leaves 8 grandchildren... View Obituary & Service Information

The family of Leonard Cetti created this Life Tributes page to make it easy to share your memories.