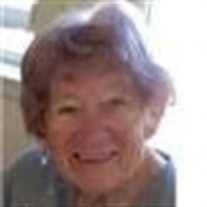 Lou" Luverne Stolte Fiala passed away peacefully into the presence of her Lord and Savior Jesus Christ on March 3, 2019 at the age of 90. Lou was born on March 20, 1928, the youngest of 5 daughters and 1 brother, to Emil and Emma Stolte in Lowden, Iowa, a small rural community in eastern Iowa. She was baptized at Trinity Lutheran Church in Lowden and confirmed her faith at the same church. She graduated from Lowden High School in 1945 and went on to attend the American Institute of Business in Des Moines, Iowa and American Institute of Commerce in Davenport, Iowa. She had a basketball scholarship at both schools and her teams travelled and played in the Eastern and Southern United States, Canada, Mexico, and Central America. The team served as good will ambassadors to Mexico and Central America and was written up in the Congressional Record in Washington, D.C. Through her studies, she reached her goal of becoming a legal secretary. She worked one session in the Iowa State Legislature at the state house in Des Moines, Iowa and for the law firm of Holmes and Holmes in Cedar Rapids, Iowa. It was in Cedar Rapids that she met the love of her life; Bob Fiala and they were married May 26, 1957. They started their married life in Milwaukee, Wisconsin where she once more worked for a law firm but once they started a family, she became a full time mom and homemaker. They were blessed with 2 children, Mari Joanne and Robert Mark, both born in Milwaukee. In 1972, they moved to Santa Barbara. Lou was very active in her church, Good Shepherd Lutheran. She also was involved in the Goleta Valley Hospital Auxiliary and also worked for a number of years for a lawyer, Edwin L. Laing. Lou always felt so grateful to God and very honored and blessed to have such a wonderful family and also the fellowship and friendships at Good Shepherd Lutheran Church. Lou is survived by her husband of 61 years, Bob, daughter Mari Adair (Brian) and son, Bob (Cyndy). Also by her 5 grandchildren, Dane Adair (Tatum), Caitlin Reed (Barrett), Erik Adair (Jordan), Brooks Fiala and Kyle Fiala. Lou had one great granddaughter, Tory Adair. Lou's family wishes to express thanks to the nurses and staff at Samarkand who have given of themselves to lovingly care for her during her last few months. In Lieu of flowers memorial contributions can be made to Lutheran Women Missionary League (LWML) in care of Good Shepherd Lutheran Church 380 N. Fairview Avenue Goleta, CA 93117 A celebration of Lou's life will be held on Friday March 8, 2019 at 11:30 am, Good Shepherd Lutheran Church. A reception will follow. "Love the Lord and let it shine in all you do and love your family and friends and let them know!"

Lou" Luverne Stolte Fiala passed away peacefully into the presence of her Lord and Savior Jesus Christ on March 3, 2019 at the age of 90. Lou was born on March 20, 1928, the youngest of 5 daughters and 1 brother, to Emil and Emma Stolte in... View Obituary & Service Information

The family of Luverne Stolte Fiala "Lou" created this Life Tributes page to make it easy to share your memories.

Lou&quot; Luverne Stolte Fiala passed away peacefully into the presence...