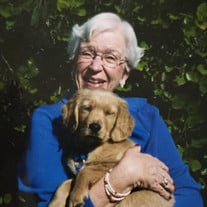 Margaret (Margo) Kowalski went to be with the Lord on January 3, 2022. Born on June 11th in Rodeo, California, she was the oldest of three children to Reverend John and Margaret Imbach. The family moved many times until finally settling in Carpinteria in 1954 where her father would be long time pastor of Carpinteria Community Church. After graduation from Carpinteria High School in 1957, Mrs. Kowalski attended UC Santa Barbara where she may have been the only female student in the Economics Department. When she graduated, she moved to San Francisco where she worked for Wells Fargo Bank as a Trust Officer. It was there where she met her husband, Tom Kowalski. They were married on June 29, 1968. Margo went on to work for Citicorp, the holding company for Citibank, where she wrote multimillion dollar construction loans for several building projects in the San Francisco area. During her forty plus years in the banking industry, Margo made it her passion to advocate for women's rights in the work place, by becoming an active member of Business and Professional Women (BPW). As a member of BPW, she would become State President of the organization in 1991. Margo was also very active with the non-profit, Canine Companions which trains and provides service dogs for people with special needs. In 1995, she and Tom moved to Carpinteria where they retired. In 2000 her husband passed away. In later years, Margo took up ballroom dancing and competed in various competitions throughout the country. For several years, Margo thoroughly enjoyed her new passion for dance. From 2018 until she passed, Margo resided at Gran Vida, a senior care facility in Carpinteria. Margo is survived by: her sister Judy (Imbach) Sirianni, her step children, Annette Grasteit, Scott Christensen, and Bryan Kowalski, her nieces and nephew, Jim Sirianni, Jenny Sirianni, and Julia (Sirianni) Wheatley, and several great-nieces and great-nephews. In lieu of flowers, donations may be made to Canine Companions and Girls Inc of Carpinteria. A memorial service for Margo will be held February 12th at 10am at Carpinteria Community Church with reception to follow.

Margaret (Margo) Kowalski went to be with the Lord on January 3, 2022. Born on June 11th in Rodeo, California, she was the oldest of three children to Reverend John and Margaret Imbach. The family moved many times until finally settling in Carpinteria... View Obituary & Service Information

The family of Margaret Louise Imbach Kowalski created this Life Tributes page to make it easy to share your memories.

Margaret (Margo) Kowalski went to be with the Lord on January...