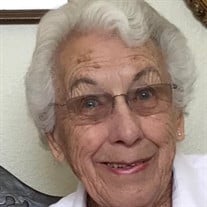 Marie was born in Santa Barbara, grew up in Carpinteria and graduated from Carpinteria High School. In 1945, Marie married her high school sweetheart Angelo P. Granaroli. Marie was a bookkeeper in her early years in Santa Barbara. Together they ran APG Inc., a ranch management business, where Marie oversaw the finances and Ange managed the properties, along with their own avocado ranch. Marie was an avid world traveler, enjoyed skiing until she was 82, played tennis, bridge and loved social events. She was a member of the Santa Barbara Women’s Club, the California Women for Agriculture, the Carpinteria Seniors group and the Carpinteria Alzheimer’s support group. Marie was an active participant in the Avocado Festival winning many awards over the years and she and Ange were named honorary chairs in 2007. In her fifties, Marie took up skiing, joined the Santa Barbara Ski Club, and for many years held the position of trip leader. She embraced the friendships made deeply, which continued till she took her final breath. Marie is preceded in death by her beloved husband of 70 years, Angelo Granaroli. She is survived by her son David, daughter Carolyn Frary (Dale), grandchildren Jared Frary (Toni Ann), Collin Granaroli (Nikki), Brianna Balch (Casey), and Danielle Granaroli, her six-great grandchildren and her brother-in-laws Steve and Gene Granaroli. Marie was a wife, mother, grandmother, great-grandmother and a positive loving matriarch to her family and a friend to many. Marie had a wonderful fulfilling life till the end. The family sends their thanks to those who visited her over the last few weeks, she loved you all dearly! Mom, may you and Dad continue your love for each other together! Gifts in Memory of Marie may be made to the Carpinteria Chapter of the California Women for Agriculture or the Carpinteria Education Foundation. We invite family and friends to Celebrate Marie’s life on September 30, 2017, at 2 o’clock in the afternoon, 1390 Casitas Pass Road.

Marie was born in Santa Barbara, grew up in Carpinteria and graduated from Carpinteria High School. In 1945, Marie married her high school sweetheart Angelo P. Granaroli. Marie was a bookkeeper in her early years in Santa Barbara. Together... View Obituary & Service Information

The family of Marie S. Granaroli created this Life Tributes page to make it easy to share your memories.

Marie was born in Santa Barbara, grew up in Carpinteria and graduated...