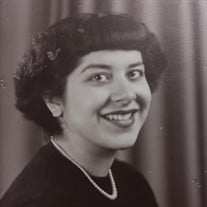 Mary Ayala Ranson was born to Angel Ayala and Nellie (Pico Romero) Ayala in Ventura California.    A descendant of one of the soldiers who helped to found the Santa Barbara Presidio in 1751, she was proud of her early California heritage.   Dry farmers in Ventura and Santa Barbara Counties, the Ayala family moved frequently in order to be near their crops. Mom tagged after her Mother in the fields, and "helped" cook meals for the work crew. At night, the two retired to an enclosure made of hay bales, then snuggled into blankets and fell asleep under the stars.     In the 1930's the family settled in Carpinteria, where Mom attended grade school and high school. As a kid, she hung out at the beach with friends and worked at the packing house sorting lemons. Mom had a knack for drawing, and filled a notebook with pencil sketches of Hollywood starlets, and a few drawings of family and friends.    In high school, Mom met Luis Goena. They married in 1949 and had six children. Most of their married life was spent at the Polo Fields, where Louie was Caretaker. Mom liked to sew, and made most of her daughters’ childhood clothing. She cooked, cleaned, and canned foods from the garden, hosted fun birthday parties, and stenciled snowflakes on the windows at Christmas time. When it rained she played records and gave the kids pots and pans to bang on while marching through the house, which was hung with the laundry that had been pulled indoors out of the rain. She was a patient woman.   When her marriage ended, Mom and her children moved to the outer reaches of Santa Barbara, which at that time felt a hundred miles away from family and friends in Carpinteria. Mom went to work at Applied Magnetics, then Delco. She became a highly skilled solderer and contributed to the building of Lunar Rovers. Working full time and being a single Mom, raising six young children was not an easy thing to do. Mom cooked us breakfast before leaving for work and made dinner every night. She kept our clothes clean and the house and the yard tidy. And she did it gracefully. In the 1970's while on an extended visit with her daughter, Cecilia, in Colorado, Mom met Robert LeMoyne Ranson on a Friday night, at a country dance place in Colorado Springs. After their first dance Bob was smitten. Less than a year later Mom and Bob were married and they began their happy, thirty-year marriage in Pueblo, Bob's hometown. Bob was a hardworking tire store manager, and Mom took care of the house. She wallpapered, painted, shoveled snow, made curtains and tablecloths, and every year grew huge patches of Cosmos along their sidewalks. Mom joined the YMCA where she met a great group of ladies, with whom she became fast friends. They named themselves The Penguins. They swam, hit the casino in Cripple Creek, had lunch together and celebrated each other’s birthdays.     In 2004 Bob left the tire business and the two retired in Santa Paula, Ca, "a right size town", with wide streets and tree-lined sidewalks. Four years later Bob passed away. To be close to her children, Mom moved to Santa Barbara. She spent her last twelve years at Villa Caridad, where she attended the morning rosary, lunches and various other happenings, completed the daily crossword puzzle, listened to Coast to Coast on the radio every night, researched her genealogy in the computer lab, and enjoyed visits from family and lunches out. Mom counted herself lucky to become close friends with her neighbor Mary Castaneda, who looked in on Mom every day.   Mom died peacefully of natural causes, thirteen days short of her 88th birthday.   Predeceased by her parents and three brothers, Gene, Bill, and Eddie, and her granddaughter Rosalind Adams, left to cherish her memory are her children,  Cecilia (Adams) Berry, Linda Goena Caldwell, Cynthia Goena, David Goena, Chris (Diane Bury) Goena, Mark (Linda Noel) Goena, and daughter in law Jill (Rob) Palmer.   Grandchildren Jake (Mandy) Goena, Vivian Goena, Damien Pearson, Marisa (Garrett) Gamache, Calisto Caldwell, Alex Goena, Louie Caldwell and Ana Goena. Great-grandchildren McKayla, Calise, and Mila Rose Goena, and Juniper and Owen Gamache. Cousin Carmie Ryan, sisters-in-law Dolores Ayala, Virginia Ayala, and Virginia Tryon, and many beloved nieces and nephews.   Thank you to Dr. Omlid and the staff at Cliff View Terrace and Mission Terrace, where Mom spent the last few months of her life.    A private burial took place on May 14th at the Carpinteria Cemetery. A celebration of Mom's life will be planned for a future date.    Welch-Ryce-Haider Mortuary, Downtown Santa Barbara.

Mary Ayala Ranson was born to Angel Ayala and Nellie (Pico Romero) Ayala in Ventura California.    A descendant of one of the soldiers who helped to found the Santa Barbara Presidio in 1751, she was proud of her early California heritage.   Dry... View Obituary & Service Information

The family of Mary Ayala Ranson created this Life Tributes page to make it easy to share your memories.