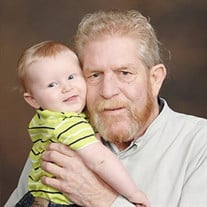 Michael Charles Laffey, 62, of Santa Barbara, California passed away unexpectedly at his home on February 9, 2017. He was the beloved son of the late Joseph and Mary Geraghty Laffey, of South Kingstown, Rhode Island. He is survived by his son, Jason Laffey, Santa Barbara, CA; daughter Jennifer Smoot, Oxnard, CA, and daughter Jasmine Basso, Orange City, FL, and his grandson, Francis Basso. Mr. Laffey’s youngest son, Jamie Laffey, passed away in 2000. Mr. Laffey is also survived by 7 brothers & sisters - Christine Pfeiffer of Wakefield, RI; Susan Oertle of Cranston, RI; Karen DeSimone of Charlestown, RI; Charles Laffey of Stoughton, MA; Tamara Sherer of Riverside, RI; Thomas Laffey of Alexandria, VA; and Mary Jo Viederman of Washington, D.C. He was predeceased by his sister, Maureen Barratt, and brother, Timothy Laffey of South Kingstown, RI. He is also survived by 18 nieces and nephews, and 9 great nephews and nieces. Mr. Laffey was born in Benton Harbor, Michigan on April 21, 1954, and his family moved to South Kingstown, Rhode Island the following year. He grew up in a family of ten children and graduated from South Kingstown High School, RI in 1972 participating in the school’s orchestra, and jazz ensemble as a lead trumpet player, and also competed on the school’s football, and track and field teams. After graduation, he attended the Cleveland Institute of Electronics, in Cleveland, Ohio, earning an Associate Degree in Advanced Electrical Instrumentation in 1974. As a veteran of the Air Force, he then proudly served our Nation, as an Electronics Instrumentation Technician from 1974 to 1978 at Keesler AFB, Mississippi. During his Air Force Service, he was a fully certified Electrical Instrumentation Specialist providing advanced diagnostic analysis and maintenance to all Air Force Communications and Internet Technology Systems. After his Military Service, Mr. Laffey led a full career as a Master Diagnostic Automotive Technician, accomplished in all diagnostic procedures for both foreign and domestic automobiles. Michael specialized in European and Japanese repairs, fuel and ignition timing. Michael was a fully certified Master Diagnostic Automotive Technician with Automotive Service Excellence (ASE), and California Enhanced Area (EA) SMOG certifications, providing high standards of customer service- repairs with exceptional results and over 35 years in the automotive field. During 1990-1994, he worked as the shop foreman and manager at Camarillo Texaco. From 1995-1998 he continued his career with Mission Oaks 76, which was also located in Camarillo, CA. From 1999-2003, he worked for Ayers Automotive Repairs, Santa Barbara, CA. Michael obtained his EA Smog license during this time also. Michael continued working as a Master Diagnostic Automotive Technician at Fairview Chevron 76 from 2004 to 2016, in Goleta, CA. Mr. Laffey enjoyed spending time with his family, listening to music, camping, enjoyed the outdoors, golfing, motorcycles, racing, and was a lifelong fan of his beloved Boston Celtics, New York Giants, and Los Angeles Dodgers. He was an extremely thoughtful, kind and gentle loving father, and a proud grandfather to his grandson, Francis Basso. To those who were lucky enough to know him, he was a kind, caring and gentle soul, and would do anything for anyone-without hesitation. He was extremely loved by his family and friends and will be greatly missed. After the service, Michael will receive Military Honors followed by visiting hours with family and friends. Michael wished to be cremated and those services will be held privately for family and friends. In lieu of flowers, donations in his memory may be made to United Boys and Girls Club of Santa Barbara County, 805-681-1315, www.unitedbg.org.

Michael Charles Laffey, 62, of Santa Barbara, California passed away unexpectedly at his home on February 9, 2017. He was the beloved son of the late Joseph and Mary Geraghty Laffey, of South Kingstown, Rhode Island. He is survived by his... View Obituary & Service Information

The family of Michael Charles David Laffey created this Life Tributes page to make it easy to share your memories.