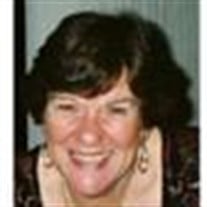 On May 5 2015 a warm and very bright light that had shone on so very many people, sadly went out. Norma, this world will miss you greatly. Norma grew up in South Gate, California. A quiet town in the southern part of Los Angeles. She was a bright and motivated girl in school, always getting top marks, she was also remarkably gifted in both music and dance. Whether it be partner, jazz, tap or "freestyle" she was an elegant and energetic dancer, she was also a member of the water ballet team in school. Her love and talent for music came out through the piano, among other accomplishments, she was honored by being asked to perform as a piano soloist on the radio with the Pasadena Symphony Orchestra. Her love for music was one of the wonderful gifts that she had bestowed upon her family. Following school she took a job in Los Angeles with a large insurance company that was planning to open a branch in Santa Barbara. Always eager to try new things, she took the opportunity offered her and moved to Santa Barbara, which would become her permanent home. Within a short time, and on a blind date, she met the man to whom she would be married for fifty eight years .she was very active in volunteer services for various organizations - sometimes as a willing worker, and sometimes as a president, and always with a radiant smile on her face and true caring in her heart. She loved people, and had good friends from all walks of life", she was the kind of person that indeed, both close friends and even people she'd just met trusted, and many turned to her when they were in need. Indeed, in addition to her own busy life, she remained, always, a devoted wife. Many years ago her husband suffered a very serious and life altering stroke. At that "moment", Norma not only cared for her husband in crisis, but also actually began running the business entirely in her husband's stead, functioning as a full contractor, scheduling jobs, directing the subs, meeting with clients, ordering materials, etc, all of this in addition to the accounting functions she'd already been handling. Throughout the subsequent years, she remained upbeat and supportive of her husband, helping him over time to regain his strength, stability, etc.She was also an unquestionably devoted and creative mother, a mother who knew how to balance the roles of being both a parent, and a good friend to her boys. As education was a high priority for her, she also researched, understood, and guided her children into the appropriate educations and activities, ones which would shape them and serve them well as they moved through their lives. Always supportive. Always there,.her husband and her older son were both there by her side on the last day of her life, and although she seemed unaware, they both spoke to her and let her know that it was Ok to "let go" if that's what she needed to do, her son also saying that he would look for a "sign" from her when she was free. Returning home later that day, as her son was driving around the last curve in the road, he stopped suddenly. A full grown female deer was standing, alone, directly in the middle of the road, she glanced back at him, otherwise not moving, as if she had been waiting. She stood there for a couple of minutes more and then turned and calmly walked away, It was just six o'clock when she disappeared in the trees. Not long after, a nurse called the house, informing that Norma had "passed away" at six o'clock.If nothing else, the timing was uncanny. A true spirit of grace and beauty, Norma will be remembered very fondly by all who knew her.

On May 5 2015 a warm and very bright light that had shone on so very many people, sadly went out. Norma, this world will miss you greatly. Norma grew up in South Gate, California. A quiet town in the southern part of Los Angeles. She was a bright... View Obituary & Service Information

The family of Norma Spurlock Weldon created this Life Tributes page to make it easy to share your memories.