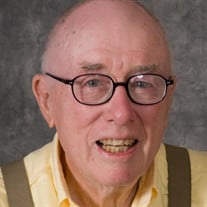 Raymond Sargent Jr. passed away in his sleep on December 17 after a full life that began in 1926. When you google his name you'll get next to nothing but his life was so much more than an internet search. Dad was born in Maine and maintained a lifelong love for the state. He spent his childhood exploring the fields and woods of the rural town of North Vassalboro. Local folklore has it that he and a group of kids started a fire in a field. Short on details like who put the fire out and how much field was burned, but soon thereafter the local fire brigade was organized. School and academics were not priorities for him though he got an appointment to the US Military Academy at West Point in 1947. Childhood polio left him with some significant physical difficulties that made him eligible for military service dismissal. He chose to serve to honor his father's wishes.   After he graduated in 1951 he headed to the war zones of South Korea. A week after getting there he was sent out on a midnight scouting expedition with 40 other soldiers in the dark, freezing conditions of the Main Line of Resistance. This mission went horribly wrong due to many significant military errors resulting in an ambush by the enemy. Furious that his comrades were injured and the captain and first lieutenant killed, he and another soldier charged ahead into enemy gunfire with their guns blazing reaching the enemy trench. Once the fight subsided, they returned to many injured soldiers and, as the only officer on site, found himself thrown into leadership of a really horrible situation. Keeping his wits under heavy enemy fire, he called in artillery support to cover their evacuation of the wounded. He met with resistance over his command but it worked. Shortly after this tragic event, he was reassigned to a military police position at a prisoner-of-war camp where he was in no mood for any nonsense from other military personnel or prisoners. He was awarded the Silver Medal of Honor for his bravery.He received an Honorable Discharge in 1958 and buried those emotional scars deep and far in his psyche for decades. After his military service, he worked in New York City for Western Union. He was tasked with figuring out why early fax machines had a tendency to catch fire -- not really good for sales. He left NYC after he married the beautiful Anita Rodriguez in 1960. Not sure if he fixed the spontaneous combustion problem. Ray met Anita on the commuter train they rode every day from New Jersey to New York City. After a courtship, they married in 1960 and headed to California with his new bride driving in a boatish Bel Aire and eventually settled in Santa Barbara. Dad was a horrible employee but an exceptional and attentive boss, and successful small business owner with his wife. They bought and owned Magnolia Clothes Care Center and retired after over 30 years. They spent their retirement taking extended visits to Maine and New York visiting childhood friends, their children and grandkids. At dad's 50th West Point reunion, it was obvious he was loved and respected by his peers. Stories he flatly denied with a wink and smile rang true -- trying to make hard cider in the campus boiler room but yielding vinegar; a trip to Washington D.C. where he and other cadets imbibed alcohol-- a taboo for cadets -- all but dad got caught who avoided extended marching for their punishment. Dad will be remembered as an extremely generous, humorous, and hardworking man. During his entire adult life he had one favorite punch line "Warren P. Wonkel" to thequestion "what's my name?" No one knows the back-story to this joke. A few hours before he died, he asked his daughter 'what's my name?' She said ‘Raymond.’ He weakly replied 'no, Warren'. Those were his last words -- he ended his life with a joke. Dad was predeceased by his wife who died in March. He is survived by his daughters Suzanne Kafel (John) of Bastrop, TX; Sally Kehl (Richard) of Tulsa, OK; and Maryann Sargent (Steve Solnit) of Berkeley, CA. He is also survived by his grandchildren: Isaac and Martin Solnit, and Adam, Briana and Trevor Kehl. The viewing will be held Friday December 21, 2018 from 9:30 to 11 am at Welch-Ryce-Haider Funeral Chapels and a graveside service at Calvary Cemetery immediately following.

Raymond Sargent Jr. passed away in his sleep on December 17 after a full life that began in 1926. When you google his name you'll get next to nothing but his life was so much more than an internet search. Dad was born in Maine and maintained... View Obituary & Service Information

The family of Raymond Francis Sargent Jr. created this Life Tributes page to make it easy to share your memories.

Raymond Sargent Jr. passed away in his sleep on December 17 after...