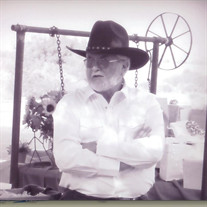 Reggie was born June 15, 1930 and passed away September 22, 2021. Reggie grew up and lived his entire life in Santa Barbara, graduating from Santa Barbara High School in 1949. He was a veteran of the Korean War serving in the U.S. Army, stationed in Japan. He worked all his life as a printer and was very well known throughout Santa Barbara for excellence in his trade. On July 17, 1951 Reggie married Joan Mattos at Our Lady of Sorrows Church. They were married for 62 years and were blessed with three children, five grandchildren and seven great grandchildren. Reggie loved the beach, camping, fishing and all sports. He and Joanie started a Refugio Beach camping tradition that continues to this day including children, grandchildren, great grandchildren and many lifelong friends. Reggie’s family barbeques were legendary. He spent a great deal of time travelling to sporting events in support of his children, grandchildren and great grandchildren. Reggie was active in the Ranchero VIstadores and Channel Island Fishing Club for many years and was a member of the Goleta Elk’s Lodge. Reggie was preceded in death by his wife Joanie Coldren, his daughter Lisa Mink and his son Bruce Coldren. He is survived by his daughter Gina (Chuck) Osberg of Lompoc, CA, his grandchildren Jamie (Ryan) Ayers of Newbury Park, CA, Ryan (Sarah) Coldren of Renton, WA, Katherine (Nishant) Bhargava of Melbourne, FL, Hannah (Calvin) Curtis of Lompoc, CA, and Nicholas Osberg of Lompoc, CA, seven great grandchildren Halle and Charleigh Curtis, Graham and Becket Bhargava, Delainie and Hadlie Ayers and Winslow Coldren, daughter-in-law Karen Coldren, cousins Thorv (Mary Lou) Hessellund, Gloria Hessellund and many nieces and nephews. Reggie is also survived by his late life companion Jay Geftakys. He will be greatly missed by all! There will be a celebration of life for Reggie on October 30th at Goleta Beach, Area A. Arrangements are by Welch, Ryce, Haider Funeral Chapels. Visit wrhsb.com for more information and to share a memory.

Reggie was born June 15, 1930 and passed away September 22, 2021. Reggie grew up and lived his entire life in Santa Barbara, graduating from Santa Barbara High School in 1949. He was a veteran of the Korean War serving in the U.S. Army, stationed... View Obituary & Service Information

The family of Reginald B. Coldren "REGGIE" created this Life Tributes page to make it easy to share your memories.