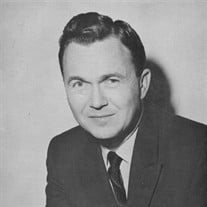 Dr. Remi Allen Nadeau – fifth generation Californian, well-known historian and author, descendant of one of California’s pioneers, devoted husband to his wife Margaret and father to three children – passed away in the early morning hours of June 6th in Santa Barbara, California. He died of natural causes at the age of 95. Born in Los Angeles in 1920, Remi Allen Nadeau was the son of the late Marguerite and Remi E. Nadeau and the great, great grandson of “old” Remi Nadeau from the 1870’s. “Old” Remi Nadeau – known as the “King of the Desert Freighters” – became famous by owning and operating a line of wooden wagon freighters pulled by a team of twenty-mules to carry bullion from the California high desert into Los Angeles. He subsequently built a business empire, which helped to shape Los Angeles into the city we know today. Remi Allen attended University High School in West Los Angeles and was president of the “boys-league” of his school while also becoming an Eagle Scout. As a college student, Remi majored in American and world history at Stanford University and served as the president of Theta Chi, his college fraternity. He received his Bachelor’s of Arts Degree in 1942. Remi entered into World War II as a commissioned officer in the US Army Air-Corp through ROTC. He served with the 320th Bomb Group, flying 23 combat missions in the B-26 Marauder as a reconnaissance photographer, toggle bombardier and tail gunner. Additionally, he served as one of the 320th Group Intelligence Officers, the outfit’s newspaper editor and a gunnery-training officer. He saw action in North Africa and the Mediterranean and was also stationed in England and post-war occupied Germany. He completed his military service to his country in 1946, with the rank of Major. Once he returned home after the war, he met the love of his life, Margaret G. Smith of Santa Monica. They began a courtship and married in June of 1947 in Santa Monica, California. In 1946, he completed his first manuscript, which became The City Makers (Doubleday Press,) a best selling book about the various historical figures that built Los Angeles, including his great, great grandfather “old” Remi Nadeau. City Maker’s launched Remi Allen’s successful career as a California historian. Over his lifetime, Remi wrote multiple articles and booklets regarding the history of California, the Great West and midtwentieth century European events. His nine books include: The City Makers, The Water Seekers, Los Angeles: From Mission to Modern City, California: The New Society, Ghost Towns & Mining Camps of California, The Real Joaquin Murrieta, Fort Laramie and the Sioux, Stalin Churchill & Roosevelt Divide Europe and The Silver Seekers. Remi’s professional writing career began at The Santa Monica Outlook and The San Diego Union as an editorial writer. Later, he became an executive in the public relations department of many international corporations, which included Atlantic Richfield, North American Aviation, Collins Radio, Rockwell International and Memorex. Additionally he was appointed as the special assistant to the US Attorney General where he wrote multiple speeches for John Mitchell and Richard Kleindienst. He also wrote several statements on behalf of President Richard Nixon. After retirement from corporate life in 1980, Remi earned a Doctor of Philosophy Degree in History at the University of California in Santa Barbara. During his retired life, Remi was a member in such organizations as The Westerner’s, The Santa Barbara Club, The Cosmopolitan Club, The Eastern California Historical Society, and The First Families of California as well as a member of the UCSB Faculty Club. He and his wife Margaret enjoyed travelling the globe – exploring many countries not often visited by most Americans. They regularly attended services at the All-Saints bythe- Sea Episcopal Church of Montecito. Remi is survived by his wife of almost 69 years – Margaret Gwendolyn Smith – who is a local award-winning plein-air artist and his three cherished children: Christine, Barbara and Bob. Those who knew Remi respect him not only as a man of accomplishment, but also as a man of integrity and principles who loved his family. His loved ones look to him as an example of a life well lived. A memorial service is planned for late July in Santa Barbara.

The family of Remi A. Nadeau created this Life Tributes page to make it easy to share your memories.