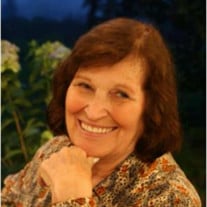 Rita made the final gesture of her 89 year life by departing Sept 2, 2020 at home in Santa Barbara, CA to be united with her late husband Verne, who passed away in 2001. She was born in Kansas City, MO in 1931, and was raised in Sturgis, SD by Vivian and Squire Watson beginning age 5. Before then, she was fostered by the Farbers in Ames, Iowa who cared for her during those young years. Rita was the eldest of five Watson siblings, and being raised during the depression era shaped her formative years, resulting in a lifetime of frugality, self-reliance, competitive drive and a desire to excel. Rita first met her future husband in South Dakota when both were 5 years old - Verne reportedly charged Rita a nickel to see his six-toed right foot - eventually leading to a lifetime of successful bargaining and negotiation. After graduating high school in South Dakota, Rita began a successful career in Minneapolis working for a large bank. She reunited with Verne and they married in 1953, and then had three children - Christy, Beth and Mike. Rita and Verne spent their early marriage in South Dakota, where Rita was a homemaker and Verne was a high school science teacher in Sturgis after graduating from University of South Dakota. In 1963, Verne was commissioned as a Captain in the Army. He, Rita and their children then began their adventures traveling for Army assignments: Kentucky, Washington DC, Germany, Missouri, South Korea, Phoenix and Chicago. Rita was quick to adapt to a new environment, immersing herself in local activities, benefits and entertaining, and taking advantage of the local culture. Aside from raising three largely well-behaved and successful children, Rita’s most memorable successes include becoming a Bridge Life Master less than three years after beginning the game; earning a Master Gardener degree and working for the Univ. of Arizona in diagnosing plant diseases and solutions; and winning a dispute against the IRS. After Verne’s death in 2001, Rita soon moved to Santa Barbara to be close to her daughter Christy. She resumed her prior interests in bridge and gardening, and also continued walking 6-8 miles per day. She enjoyed traveling locally to Santa Barbara county wineries, and with Christy and Beth to Italy. Rita also enjoyed the food, art and shopping in France, England, the Caribbean, the Baltic, and several other memorable vacations. Wherever she traveled, Rita could find a piece of art or jewelry as a reminder of her enjoyable escapades. Rita is survived by: daughters Christy, Santa Barbara, CA; and Beth, Salem, OR; grandson Brandon, Camarillo, CA; granddaughter Ariel, Albany, OR; sister Connie, Sturgis, SD; brother Jim, Boise, Idaho, and five great grandchildren. Rita’s beautiful smile and her life will be remembered in a private ceremony in Santa Barbara; she will later be interred in the Black Hills National Cemetery where she and Verne will rest together.

Rita made the final gesture of her 89 year life by departing Sept 2, 2020 at home in Santa Barbara, CA to be united with her late husband Verne, who passed away in 2001. She was born in Kansas City, MO in 1931, and was raised in Sturgis, SD... View Obituary & Service Information

The family of Rita A. Doyle created this Life Tributes page to make it easy to share your memories.

Rita made the final gesture of her 89 year life by departing...