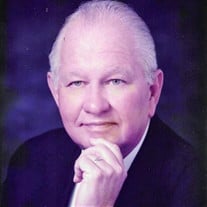 Robert LaZelle Anderson Priesthood office of Seventy, Community of Christ, Retired May 29, 1932 – April 18, 2022 Rev. Robert L. Anderson, known to most people as Bob, answered the Lord’s call to return to His eternal home on April 18, 2022.  He was born in Chicago, Illinois, on May 29, 1932.  He died peacefully in his home on April 18, 2022, surrounded by loved ones. Bob Anderson accepted full-time Appointment with Community of Christ in 1964. His greatest joy was sharing his testimony of the love of the Lord Jesus Christ in his life.  He was a dynamic preacher, a strategic planner, a gifted organizer, and an enthusiastic educator.    Rev. Bob Anderson developed and coordinated programs of outreach, leadership development, and ministry in 58 congregations throughout the western part of the United States and Canada, including the establishment of five new congregations.  He developed and taught over 300 highly rated workshops, covering topics such as church planting, outreach ministry, leadership development, small group ministry, preaching, and worship planning.  In addition, Bob taught both graduate and undergraduate courses through Portland State University and the University of La Verne in the areas of Effective Communication, Conflict Resolution, and Problem Solving. Bob Anderson was also instrumental in establishing the Youth Venture for Christ program, as well as the personal witnessing support program PRIDE (Personal Responsibility in Daily Evangelism) that later served as a model for world church programs. Prior to his full-time ministry, Bob worked in sales and managerial capacities for several food manufacturing and distributing companies (1956-1964).  He proudly served his country during the Korean War from September 1950 to June 1952 as a Combat Infantry Squad Leader, US Army, Rank of Sergeant. His accomplishments include a MA in Counseling from Lewis and Clark College (1976); MA in Religious Theory and Practice from the School of the Restoration (1970); BA in Business Administration from San Jose State University (1956); AA in General Studies from Graceland University (1954); Graduate of Van Nuys High School (1952); Eagle Scout. In 2015, Bob Anderson published, My Journey: Stories from a Blessed Man. It recounts a lifetime of his personal testimony that is alive and vibrant, thought-provoking and insightful, warm-hearted and good-natured.  In the prologue, he writes, “. . . it is important for me to convey that the blessings I have received are not because of my nature, but because of God’s nature.”  Bob Anderson, better known as Dad and Grandpa in some circles, rejoiced in spending time with his family and was devoted to developing positive, affirmative, and nurturing relationships with each of his children, grandchildren, and great grandchildren.  Rev. Robert L. Anderson will be laid to rest in Santa Barbara, California, next to his beloved wife and steadfast life partner, Betty Anne Ward Anderson.  The memorial service will be held on Wednesday, May 4th at 11:00 AM in the large chapel at Welch-Ryce-Haider Funeral Chapels, 15 East Sola Street, Santa Barbara, CA.  A graveside internment will follow at approximately 1:15 PM at the Santa Barbara Cemetery, 901 Channel Drive, Santa Barbara.  We are also planning a memorial service to be held Friday, May 13 at 7 p.m. at the Southridge Community of Christ 400 Northeast 179th Street, Ridgefield, Washington.  Bob Anderson is survived by his four children – Claudia Anne Anderson, Robert Briggs Anderson, Lawrence LaZelle Anderson, and Mary Elizabeth Anderson; his four grandchildren – Robert Chester Anderson, Carmen Anderson Spear, Katarina “Maxi” Maksimovic-Vukelja Anderson, and Boris Vukelja Anderson, plus his four great grandchildren. Please do not send flowers.  If you feel called, donating to a local food bank would be a better option.

The family of Robert LaZelle Anderson created this Life Tributes page to make it easy to share your memories.