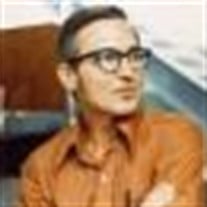 Robert Stephen (Steve) White passed away at his home in Santa Barbara, CA on April 8, 2018 at the age of 97. His wife of 71 years, Freda Marie (Bridgewater) White preceded him in death in 2013. They were married in Beaver, OK on August 30, 1942. They moved to California in 1946, residing in Lafayette, Walnut Creek, Danville, Palos Verdes, and Riverside, prior to moving to Santa Barbara in 1992. Steve was born in Ellsworth, KS on December 28, 1920 to Byron and Sebina White, the eldest of four children. He earned a Bachelor's degree in 1942 from Southwestern College, where he met Freda. After they were married, Steve earned a Master's degree in physics from the University of Illinois in 1943, served as a Naval Officer and worked on the Manhattan Project during WWII, and earned a Ph.D. in physics in 1951 from the University of California at Berkeley. Steve's scientific career spanned five decades and comprised three phases. The first involved high-energy physics at the Lawrence National Labs at Berkeley and Livermore, where Steve's group discovered protons in the earth's Van Allen radiation belts using experimental apparatus carried aloft on missiles, satellites, and balloons. The second phase coincided with the origins of space physics, when Steve spent five years as head of the Particles and Fields Division at Aerospace Corporation in El Segundo, and became the leading expert on trapped radiation belts. It continued at the University of California at Riverside, where he became professor of physics in 1967, initiated the Astrophysics and Space Physics Research Program, directed the Institute of Geophysics and Planetary Physics, and served as Physics Department Chair. He invented the double scatter neutron telescope and pioneered the double Compton scatter gamma ray telescope. His observation of nuclear gamma ray emission from Supernova 1987A was named one of the most exciting astronomical events of the 1980s. Called "a scholar's scholar? by his colleagues, Steve was selected as Faculty Research Lecturer in 1981 and received the university's 2000-2001 Emeritus Faculty Award. He published more than 140 scientific papers, authored the book Space Physics, and was a visiting scholar at universities and research labs worldwide. The third phase of Steve's career took place after his retirement in 1992 and was devoted to science education. A prolific writer, he penned more than 150 Science Views and commentary columns for publication in major U.S. newspapers and the local Santa Barbara News Press to inform the public on a wide range of scientific issues of current interest. These were later collected in the book, Why Science? (1997). And at the age of 85, Steve made the case for increased nuclear fission energy in his last book, Energy for the Public. Steve was devoted to his family, who fondly remember road trips to visit relatives in the Midwest, camping trips to Yosemite and other National Parks, and a year abroad in 1960 in Munich, Germany. He was an accomplished runner, tennis player, and gardener, and enjoyed opera and the symphony. Throughout his life, Steve demonstrated an indomitable spirit, perseverance, and resolve, and applied those qualities to the challenges of maintaining independent living into his senior years. We love and miss him greatly. He is predeceased by his children David (1988) and Lynn (2005), and sister Nancy Helm (2004, Bud, Belle Plaine KS); and lovingly remembered by his children Peggy (Jim, Santa Barbara) and John (Dorothy, Argenta IL); grandchildren Amy, David, Paul, Elise, Diana, Jessamyn, and Sam; 15 great-grandchildren; his brothers Byron (Gail, San Diego) and Herbert (Rowena, Dodge City KS); and many nephews and nieces. A celebration of his life will take place at Valle Verde Retirement Community, 900 Calle de los Amigos, Santa Barbara, CA on Sunday, July 22 at 1pm. Personal messages may be left on his page at wrhsb.com/obituaries.

The family of Robert Stephen White created this Life Tributes page to make it easy to share your memories.

Robert Stephen (Steve) White passed away at his home in Santa...