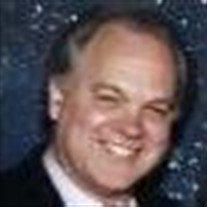 Ronald Elden Strahl passed away unexpectedly on August 29, 2017. He was a beloved husband, father and grandfather who left us all too soon. Family and friends are devastated by this great loss of life. Ron and Fran had just celebrated 56 years... View Obituary & Service Information

The family of Ronald Elden Strahl created this Life Tributes page to make it easy to share your memories.