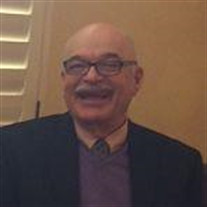 THOMAS HENDERSON SCHMID of Santa Barbara, CA, died peacefully, on December 25, 2017, Elizabeth Wheatcroft Schmid, his loving wife of 51-years by his side. Tom was born on August 6, 1943 in Houston, Texas the third child and second son of Albert “Abe” D. and Nancy Bell Hunter Schmid. He attended Houston Public Schools, Austin College (B.A. – History), Austin Presbyterian Theological Seminary (M. Div.), and McCormick Theological Seminary (D. Min.). Tom served in the United States Coast Guard during the Vietnam era, working aids to navigation on the lower Mississippi river between Memphis, Tennessee and Vicksburg, Mississippi. He was Honorably Discharged from the service at the end of 1971 the same year he was ordained by the Presbyterian Church (U.S.A.). Tom was called to serve churches in Lafayette (LA), New Orleans, San Antonio, Lincoln (NE), Mechanicsburg (PA), and Falls Church (VA) mentoring many of his associates into their own pastorates. During his 38-year ministry Tom was the author of one book, Dawn in the Afternoon, as well as countless poems, sermons, and book reviews. Upon his retirement the Falls Church Presbyterian Church proclaimed him Pastor Emeritus. Tom enjoyed many jokes with his illustrious sense of humor and memorable, distinctive laugh. He believed in facial hair, sporting at least his signature mustache most of his life. Tom loved trains enjoying many traveling adventures over much of the United States and choosing his burial plot based on its proximity to the Amtrak line in Santa Barbara. Tom was a veracious reader and the custodian of a large personal library that featured many texts from multiple genres. He loved listening to classical and jazz music while sitting in his library reading a book, writing or working a crossword puzzle. Tom loved eating biscuits and gravy, eggs benedict, red beans and rice, ice cream of all varieties (especially strawberry), Krispy Kream Donuts, and the occasional glass of bourbon (W. L. Weller was a favorite) but no food was as important to Tom as the hot dog which he enjoyed with chili and onions. His favorite hot dog stand was James Coney Island in Houston, Texas. More than anything Tom loved his family. He was preceded in death by his parents, his brother, Joe Hunter Schmid and mentor, the Rev. George Richard “Dick” Wheatcroft. Tom is survived by his loving wife and their children, Albert Schmid and his wife Kimberly, Gretchen Schmid and her wife Tiffany James, Rachel Van Mullem and her husband Justin, and Bennett Schmid and his wife Ana; his sister Gail Smith and her husband Wayne of Longview, Texas; sister-in-law Judy Schmid of Katy, Texas; nine adored grandchildren; and many beloved nieces and nephews. A memorial service celebrating Tom’s life will be held at Trinity Episcopal Church in Santa Barbara at 6:30 pm on Friday, February 2, 2018. If desired, gifts in memoriam may be directed to the Santa Barbara Family YMCA Campaign for Children and Youth or The Edward Hake Phillips Internship Endowment at Austin College that Tom helped to establish.

THOMAS HENDERSON SCHMID of Santa Barbara, CA, died peacefully, on December 25, 2017, Elizabeth Wheatcroft Schmid, his loving wife of 51-years by his side. Tom was born on August 6, 1943 in Houston, Texas the third child and second son of Albert... View Obituary & Service Information

The family of Thomas Henderson Schmid created this Life Tributes page to make it easy to share your memories.