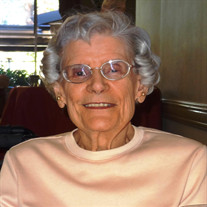 Virginia Ruth Weiser was born August 31, 1926, in Fairbanks, Alaska where her father was a professor at the University of Alaska. As a metallurgist, her father travelled extensively for work and Virginia and her family moved frequently, living in various cities across the continent, including Mexico, Chicago, Los Angeles and Staten Island. After graduating from Tottenville High School in Staten Island in 1943, Virginia earned a Bachelor's degree in Home Economics at Hunter College in 1947 and a Master's degree in Foods and Nutrition at Michigan State University in 1949. While a student at Hunter College in 1946, Virginia was one of the earliest tour guides for NBC Television Studios in New York City. Throughout the 1950s Virginia taught courses in Foods and Nutrition at Oregon State University, Corvallis, and at Michigan State University. During this time, she also coordinated and hosted a successful weekly radio broadcast on the topic of Foods and Nutrition featuring interviews with experts in the field. In the 1960s, Virginia followed her passion in Information Sourcing, earning a Master's Degree in Library Science at the University of Illinois, Urbana-Champaign in 1967. Her new profession as a Librarian began in the Mathematics Library on the Urbana-Champaign campus, working as a student assistant during graduate school. After graduating in 1967, she ventured to California where she accepted a Librarian position in the Biomedical Library at the University of California, Los Angeles. It was in 1970 that Virginia came to Santa Barbara for her longest and most rewarding position at the University of California, Santa Barbara, where she worked as the Life Sciences Librarian until she retired in 1991. Before and during retirement, Virginia explored her interests in geography and other cultures by travelling extensively, including Europe, South America, Australia, North America and the Soviet Union. Virginia enjoyed studying foreign languages abroad, tutoring children and volunteering for several local organizations, including the Santa Barbara Symphony. As an avid music lover, Virginia sang in numerous chorale groups throughout her lifetime. Virginia passed away on January 3, 2016, in her home at Valle Verde in Santa Barbara at age 89. She is survived by her sister, Lois Luedemann, her nieces Anne Hunt and Lora Bronson, and her nephews David Silverman and Robert Silverman. Preceding her in death is her sister, Jeanne Weiser Silverman and her parents Naomi Ruth Rutledge Weiser and Hanley Hartwell Weiser. Virginia is remembered for her generosity, endless thirst for knowledge and ability to always look on the bright side of any situation. She was a long-standing member of the First Presbyterian Church of Santa Barbara. Virginia's ashes will be interred at her family's burial plot at Pea Ridge Cemetery in Rolla, Missouri – the very city where her parents met. A memorial service will be held at the First Presbyterian Church of Santa Barbara, 21 E. Constance Ave. on Saturday, February 20 at 3pm. Donations in Virginia's memory can be made to the Santa Barbara Symphony, 1330 State St., Suite 102, Santa Barbara, CA 93101.

Virginia Ruth Weiser was born August 31, 1926, in Fairbanks, Alaska where her father was a professor at the University of Alaska. As a metallurgist, her father travelled extensively for work and Virginia and her family moved frequently, living... View Obituary & Service Information

The family of Virginia Ruth Weiser created this Life Tributes page to make it easy to share your memories.