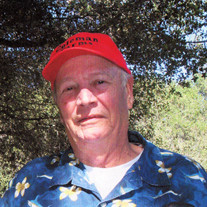 William R.W. Coleman, 7/15/41 – 12/29/2016 Bill Coleman passed away on December 29th, 2016 at 6:00 am, at home with his wife, Delia, sons, Abraham and Romeo, his daughter in-law Joy and daughter Ligaya by his side. Bill had been diagnosed with lung cancer in October of this year. Bill was born William Robert Wood Coleman in Santa Barbara, CA on July 15th, 1941, to Shirley and Warren Coleman. He grew up in Mission Canyon with his brother Cole and sister Fredericka, and graduated from Santa Barbara High School in 1959. Soon after graduation he worked at the family business, Coleman Building Materials, and lived in a small adobe in the Mountain Drive Community started by Bobby and Floppy Hyde, which later became known as ‘Santa Barbara’s Pioneer Bohemian Community’. Those he met among the group of families on Mountain Drive, and the values he learned there, would be a lasting influence throughout his life. The Mountain Drivers’ sense of community, of living without overly processed food, electronic stimulation, and mass consumerism were ideals that he would embody throughout the rest of his life. His first relationship provided two sons, Basilio and Abraham, and a bridge to the Filipino community, whose culture and values Bill took on wholeheartedly. It was among the Filipino elders that he learned the value of family and the discipline of farming – two factors that would later shape his life. He discovered the meaning of Sakop (family circle) through the Filipinos and though he was already an avid horticulturalist, it was the Filipino oldtimers, including Lolo Pastor, Claudio Recorba and Federico Talaugan that taught him their traditional farming methods. In 1963 Bill bought a piece of land on Gobernador Canyon, in Carpinteria, which would become the home base of the Coleman Family and later Coleman Farms. After two years of letter writing, in 1969 he married the love of his life, Fidela (Delia) Calip. She was the yin to his yang and her patience and strength helped him realize his dreams. They danced in the moonlight, created fantastic meals, farmed the land and raised their family together. Soon after they married, Romeo was born, followed by Rizal, Santiago, and Ligaya. With six children, they had laid the foundation for their ‘Sakop’. After working at Carpinteria Valley Lumber and farming part time, he and Delia decided to become full time farmers. In March of 1979, together with a handful of other farmers, including John Tapia and Randy Wade, he established Santa Barbara’s first certified farmers’ market. The first markets took place monthly, first at the Mission, then the Santa Barbara County Bowl, and later at the Santa Barbara High School. Then the farmers’ market moved downtown and took place on a weekly basis. As the years went on, the farmers’ markets increased, as did his involvement in them. He was truly a pioneer in his field, his passion for farming and curiosity always leading him to new discoveries. He was nominated into Slow Food’s ‘Noah’s Ark’ for his cultivation of amaranth, and was the first farmer in the area to introduce arugula, endive, radicchio, mizuna, broccoli spigarello and many other vegetables and herbs to the local markets. He was not shy to expand beyond the ‘one variety’ norm. He cultivated numerous varieties of everyday herbs such as mint and basil, and had 14 different varieties of lettuce. He pushed the boundaries to grow things that at first many would pass by. He re-introduced native edible greens such as lambsquarters and purslane, and rarities such as Jerusalem artichokes and fenugreek, to the local farmers markets. As his farm grew, so did his family. He is survived by his wife, Fidela, and his six children and their families –Basilio, his son Alani and wife Sheila; Abraham, his wife Joy, and their children Tesandra and Grant; Romeo, his wife Gillian and their children Lukasz and Isabella; Rizal, his son Codi, his wife Mahana, and their children Owen and Leila; Santiago, his wife Lisa and their children Maria and Amani; and Ligaya, her husband Wolfgang, and their children Sebastian, Camilo and Severin. Bill was one of a kind. He was a true legend and leaves behind a legacy that will endure for generations to come. He taught us to open our eyes and introduced us to the world and all it has to offer. He taught us the meaning of family and the importance of our roots. He left an impact on everyone he met. His big heart and generosity touched so many – he was able to speak with anyone, and recognized that underneath it all, we are all the same. And it was on that level that he reached out, connected, and opened his heart and his home. His door was always open and there was always a place at the table. Bill had a deftly intelligent sense of humor, lived a fulfilled life, and did not stop short to dance in the moonlight, sing out loud, and enjoy every moment of this sacred life. He did not let fear stand in the way of his playful heart nor convention stand in the way of his dreams. Farewell, Dad, you will be in our hearts forever. We love you and thank you for creating this wonderful Sakop. A Rosary will be held on Friday, January 6th at Welch-Ryce Haider on 15 East Sola in Santa Barbara at 7:00 pm, with Visitation from 5:00 – 8:00 pm; and a Memorial Service will be held on Saturday, January 7th at 10:00 am at St. Joseph’s Church on 1532 Linden Ave. in Carpinteria.

The family of William R.W. Coleman created this Life Tributes page to make it easy to share your memories.